Every single travel guide on Japan will, at some point, dish up the following piece of advice: Be friendly, polite and reserved when visiting Japan! After all, people in the land of the rising sun attach a lot of importance to a respectful tone. Akira Czarnetzki was born in Japan, moved to Berlin at the age of 18, and now lives in Italy. He has worked as a professional translator for German and Japanese for three years now – and is therefore confronted daily with the culture of etiquette in his home country. After all: “The Japanese language reflects the country’s mentality”, he says.

When translating, it is imperative to be aware that Japanese possesses a multitier system of etiquette. Therefore, German to Japanese translations in particular require a sensitive linguistic touch and clear knowledge of whom the text will address. A colleague at work or an acquaintance? In this case the general ‘Teineigo’ standard of politeness would be enough. Line manager or customer? In these cases the Japanese use ‘respectful language’, the ‘Sonkeigo’ form. Therefore, if one wishes to write ‘Your company’, it would be correct to use the terms ‘Onsha’ (Teineigo form) or ‘Kisha’ (Sonkeigo form), depending on whether the text is addressed to colleagues or customers. In contrast, it is more common to use modest language, the ‘Kenjōgo’ form, when talking about oneself or one’s own company. Translation professionals must keep all of this in mind when translating the comparatively simple distinction between German’s more formal ‘Sie’ and the informal ‘Du’ into Japanese.

All the same, it is more than just the finely nuanced rules of etiquette, as demonstrated by the differences in expressive range, set phrases and suffixes to styles of personal address or the conjugation of verbs, that make Japanese challenging even to professional translators. Also the fundamental differences between German and Japanese sentence structure throw up plenty of obstacles: Many subjects are simply left out in Japanese, which makes it all the more important to pay attention to endings and conjunctions.

Whether in marketing texts, manuals, menus or software translations: Business is lively between highly industrialized Germany and Japan – and so there is plenty of demand for high-class language services. It is therefore not enough for the translators to possess a broad understanding of the vocabulary. They also need to be aware of, and accommodate, the ins and outs of cultural differences and how they impact communication. After all, as translator Akira Czarnetzki explains, the land of the rising sun has high standards, even for simple letters: “In Japan it is common to start a business letter with a brief description of the weather before proceeding to the actual content.” So in autumn you will find introductory sentences like “It is getting colder” or “The leaves are falling” at the start of correspondence, while a letter written in the summer may open with the words: “The days remain hot.” It is worth its weight in gold to have a translator attuned to these nuances.

“The land of the rising sun has high standards, even for simple letters.”
Akira Czarnetzki

As if that were not enough, Japanese also has a far more complex written language – which uses Chinese characters (known as ‘Kanji’), of which the average Japanese adult will be familiar with around 3000 to 4000, alongside the two syllabaries Hiragana (mainly used for verbs, endings and conjunctions) and Katakana (to transcribe non-Japanese words and foreign names). The written language can get tricky, for instance when translating German terms like ‘hohe Qualität’ into Japanese. It is perfectly common to transcribe the English term ‘high quality’ in Katakana when describing technical products or modern services. In contrast, traditional crafts quality and similar ideas would be more likely to use the Kanji character for high quality – pronounced in Japanese: ‘Kōhinshitu’.

The balance between faithfulness and readability

When turning German source texts into fluent Japanese that does not sound like a translation, professionals like Akira Czarnetzki need more than just a feel for the language and a large vocabulary. Imagination also plays an important role, as Czarnetzki explains: “German is like mathematics: logical, direct, blunt. But Japanese is different. Here it is far more important to incorporate style, the correct form, to make the words sound beautiful.” That’s why translating German into Japanese is something of an art, says Czarnetzki: “It is a challenge to find the right balance between a respectful, faithful translation of a source text and something that remains at all readable in Japanese.” 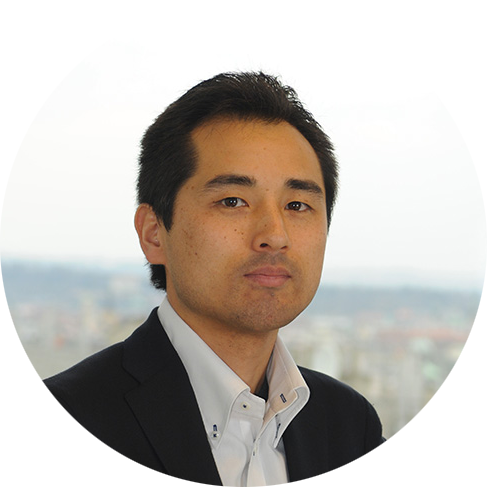 Akira Czarnetzki was born in Japan, moved to Berlin at the age of 18, and now lives in Italy. He works as a professional translator from German into Japanese – and is therefore confronted daily with the culture of etiquette in his home country.